BREAKING   /
YOU ARE HERE:Home » Melanie Mallon 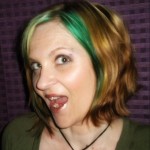 active 1 week, 6 days ago
“What’s new, Melanie?” Oh, Skepchick Community status prompt, you had me at your correct use of a comma. View
Copyright ©, All Rights Reserved.
Skip to toolbar